We created the concept “Uber Challenge – Everyone’s got a chance” as the focal point of Uber’s solid participation in Brasil Game Show.
The key visual was created by a game illustrator and it was from it that the 300m2 stand space was created to simulate a Street Fighter game arena.
We had professional e-game announcers on the main stage, which also featured other interactions such as the gif hadoukken for social networks and arcades.
All attendees were able to play Street Fighter on stage, and the winner of each challenge won a back home Uber voucher.
On the event’s last day we went live and streamed different influencers as MMA fighter Minotauro, Brazilian actor Caio Castro, and cooking teacher Palmirinha playing Street Fighter live. In the end, the champion donated the prize, free-trip-Uber-check check with free trips, to GRAAC, an important Brazilian foundation that who help children and teenager battle cancer. 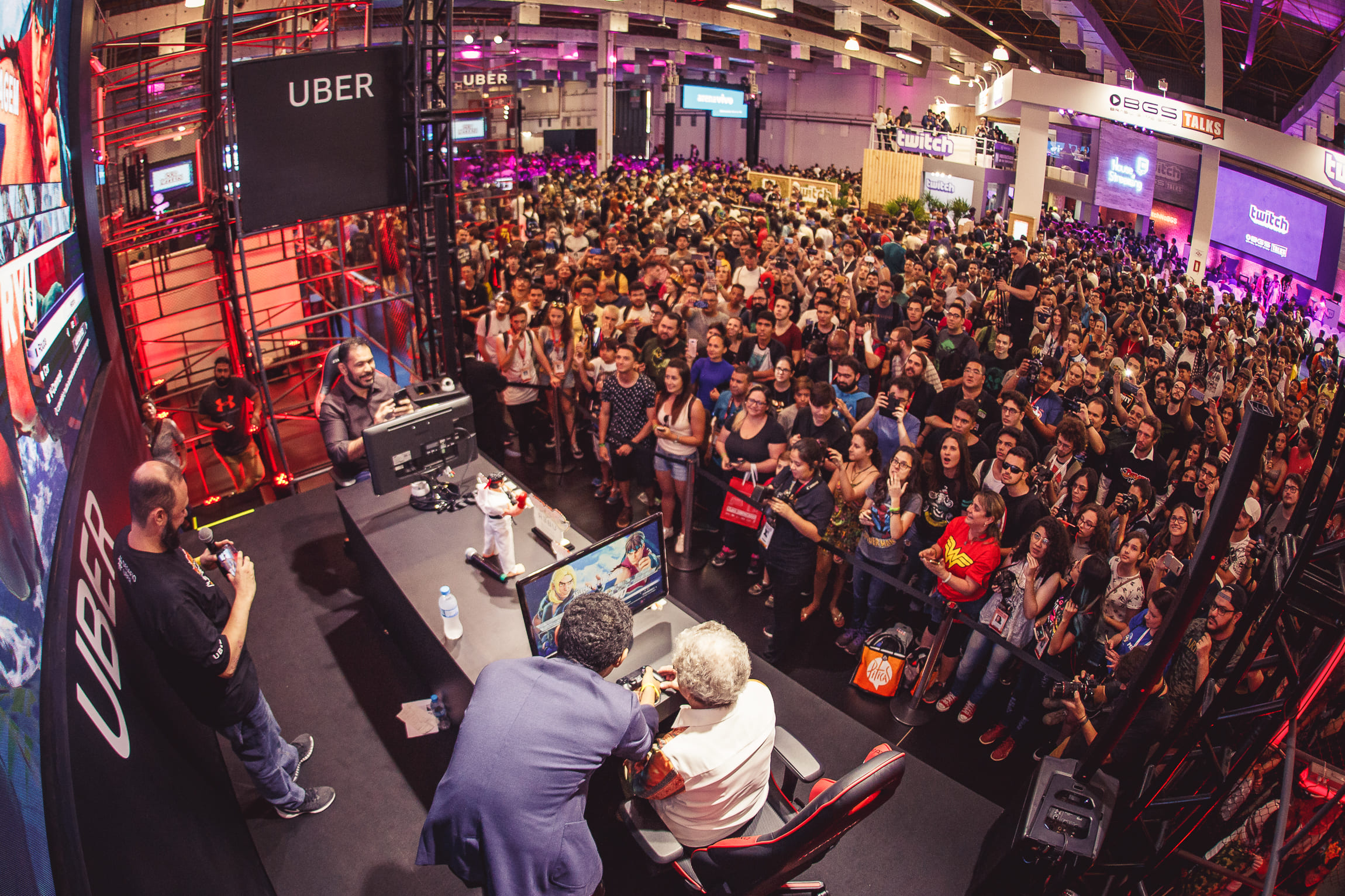 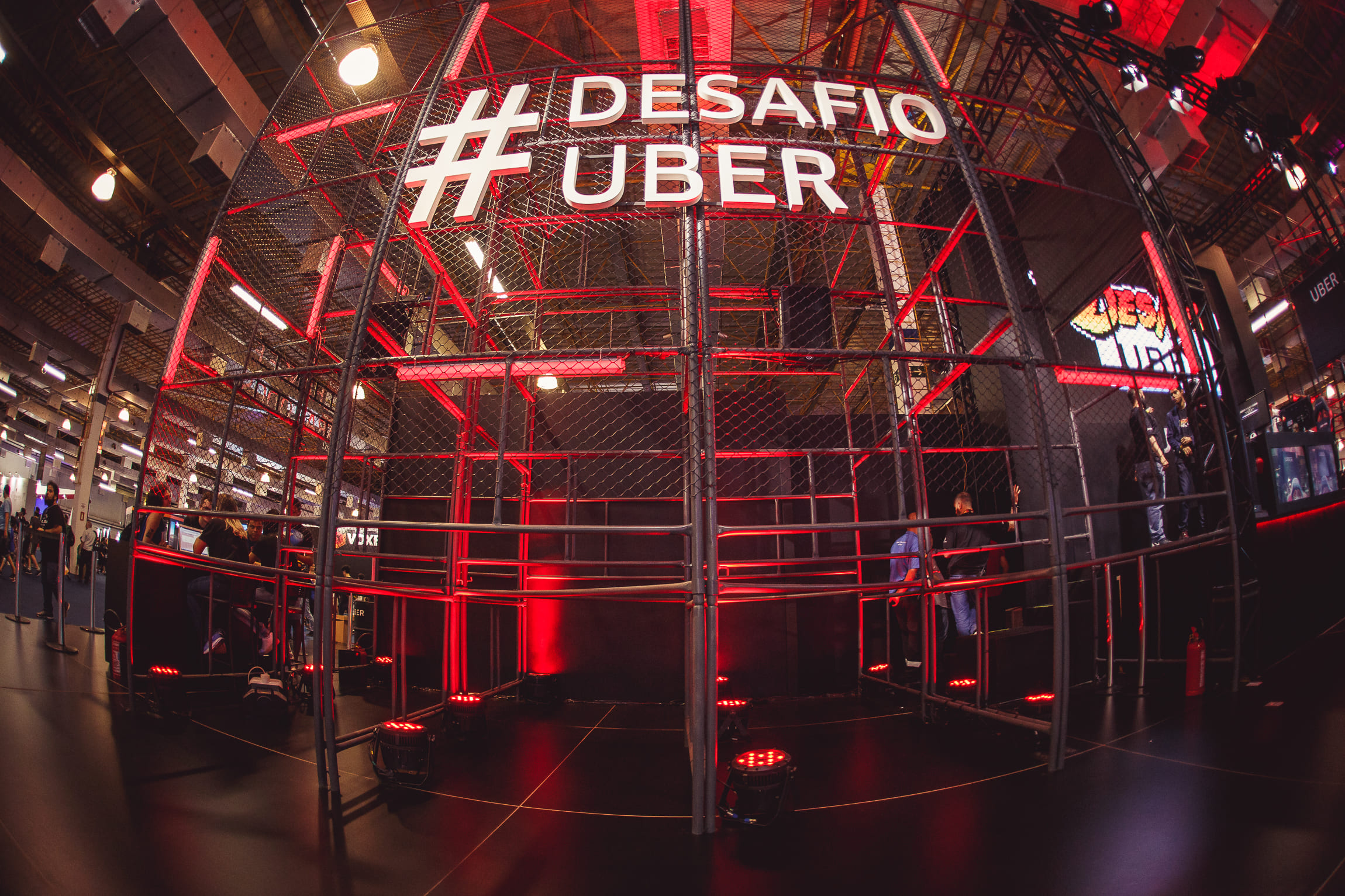 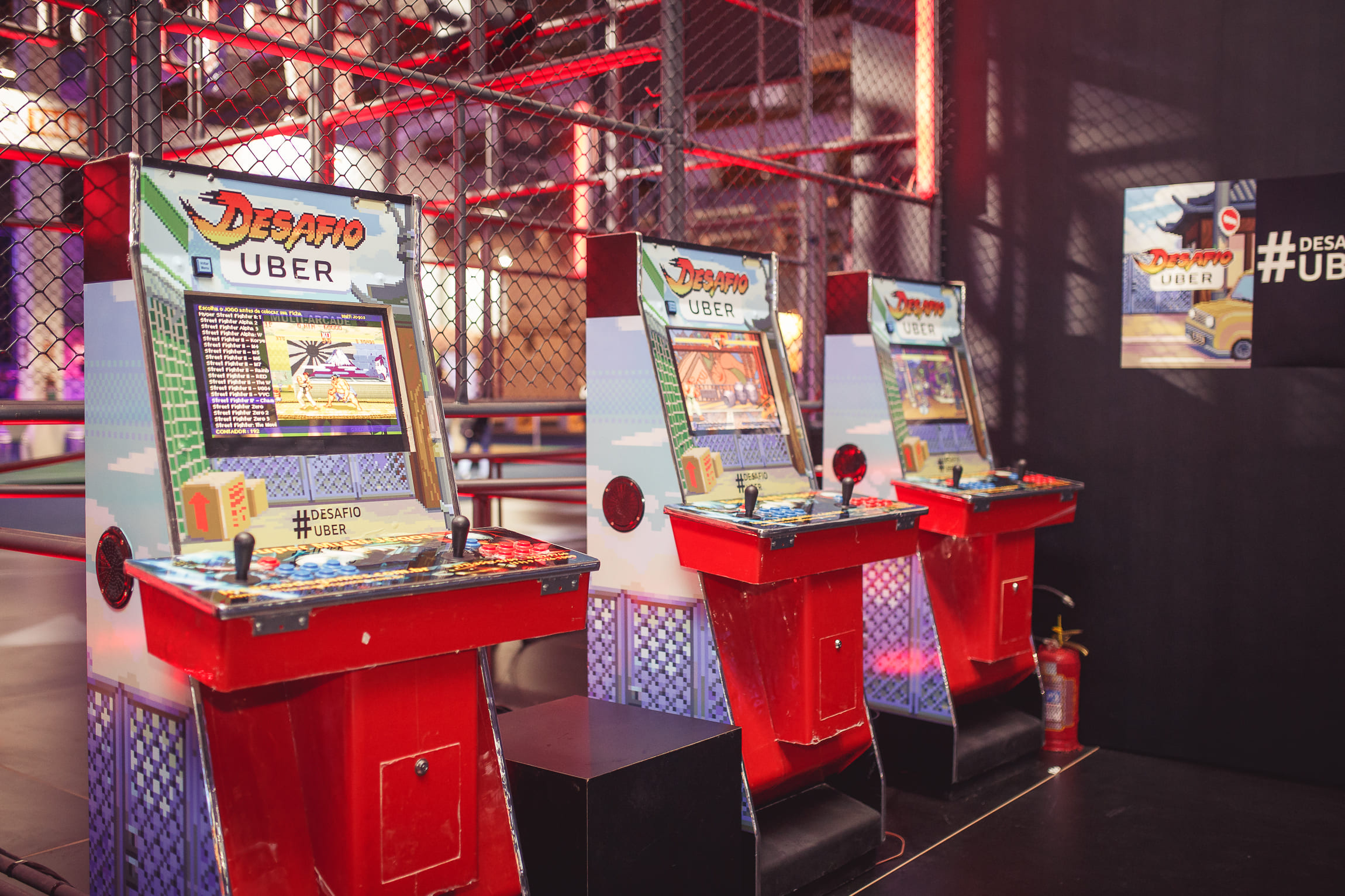